What comes to mind when you hear the term “Privacy Coin”? Does it sound like something that would cause a national security crisis?

According to a new report, the U.S. Secret Service has recently become more interested in privacy coins like Monero and Zcash and their potential for criminal use. Robert Novy, deputy assistant director of the Office of Investigations, went as far as to call such currencies “one of the greatest emerging threats to U.S. national security.” Novy has called upon Congress to take action, asking for additional regulation to be implemented around the use of cryptocurrency in general, and privacy coins specifically.

This begs the question of whether increased regulation is the way to go. We say no, and here’s why. 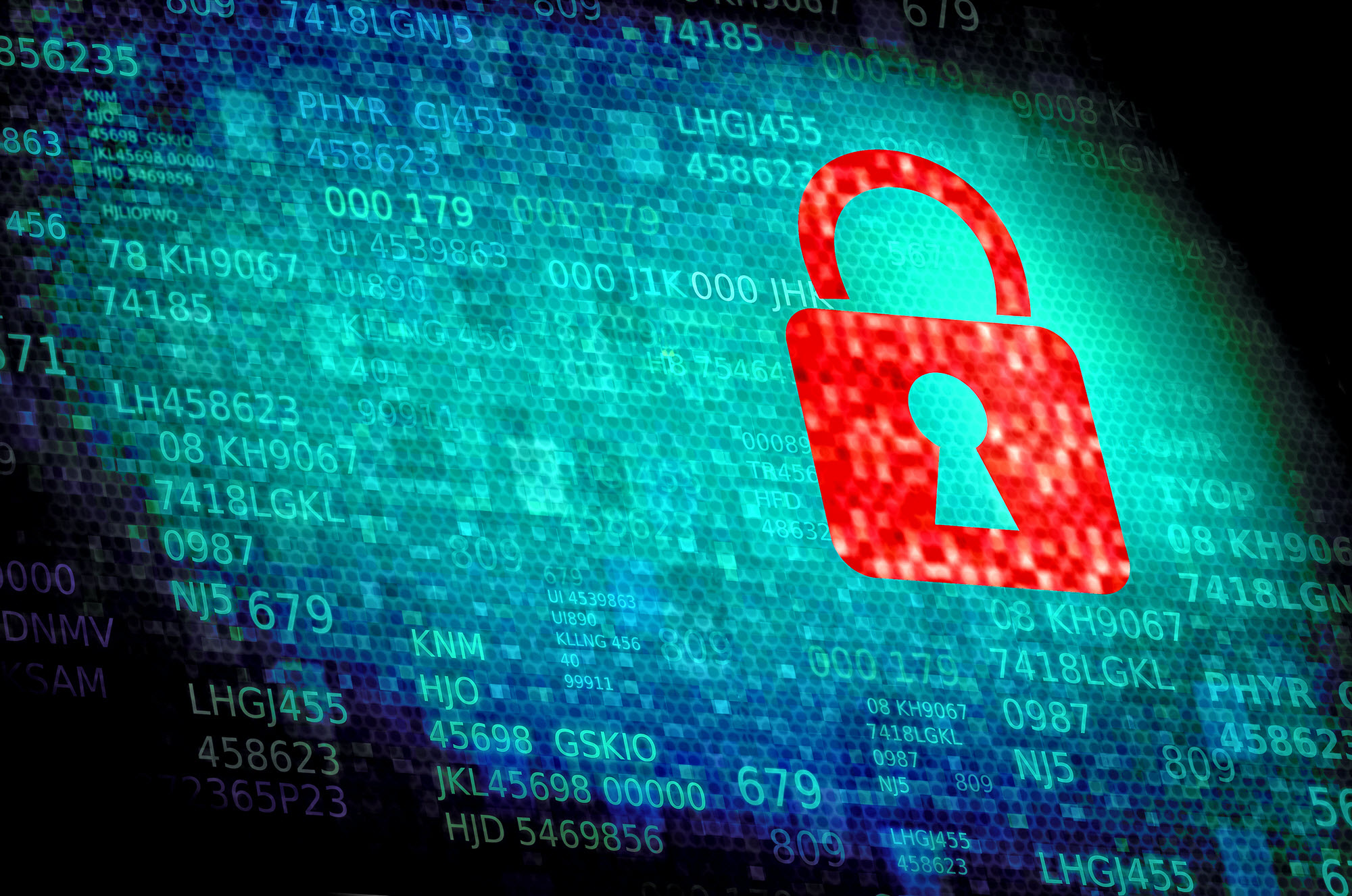 The Threat Is Exaggerated

While we agree that privacy coins do have the potential to cause issues due to their lack of traceability, calling them “one of the greatest threats to national security” seems a bit hyperbolic. There are, of course, reasonable concerns around the illegal use of such coins, no question about it. But, ranking untraceable cryptocurrency as a matter of public and national security seems to be an exaggeration.

Decentralized coins like Monero and Zcash offer users a level of privacy that bitcoin can no longer guarantee, and this is key to their appeal and popularity with some users. Regulation and compliance are extremely difficult to consider when traceability isn’t even an option like it is for other centralized cryptocurrencies. This level of privacy is what leads law enforcement to raise concerns about the potential for money laundering, unlawful transactions, and other criminal uses. Essentially, the unknown is feared, and this fear is what has led to the call for increased regulation by people like Mr. Novy.

Proponents of regulated blockchain point to examples like the new SEC-Regulated Crypto Token Exchange, a joint venture between tZero and BOX Digital, as a way to better control cryptocurrency transactions. They also point to the fact that there is already widespread theft and financial loss occurring as a result of criminals. According to The Financial Crimes Enforcement Network (FinCEN), “ransomware payments in cryptocurrencies totaled $1 billion in the past two years […]” in addition to other large-scale losses due to exchange hacking.

In his statement, Mr. Novy said, “We should … consider additional legislative or regulatory actions to address potential challenges related to anonymity-enhanced cryptocurrencies.”

But here’s the deal: In reality, it’s extremely difficult to enact a wholesale ban on privacy coins. 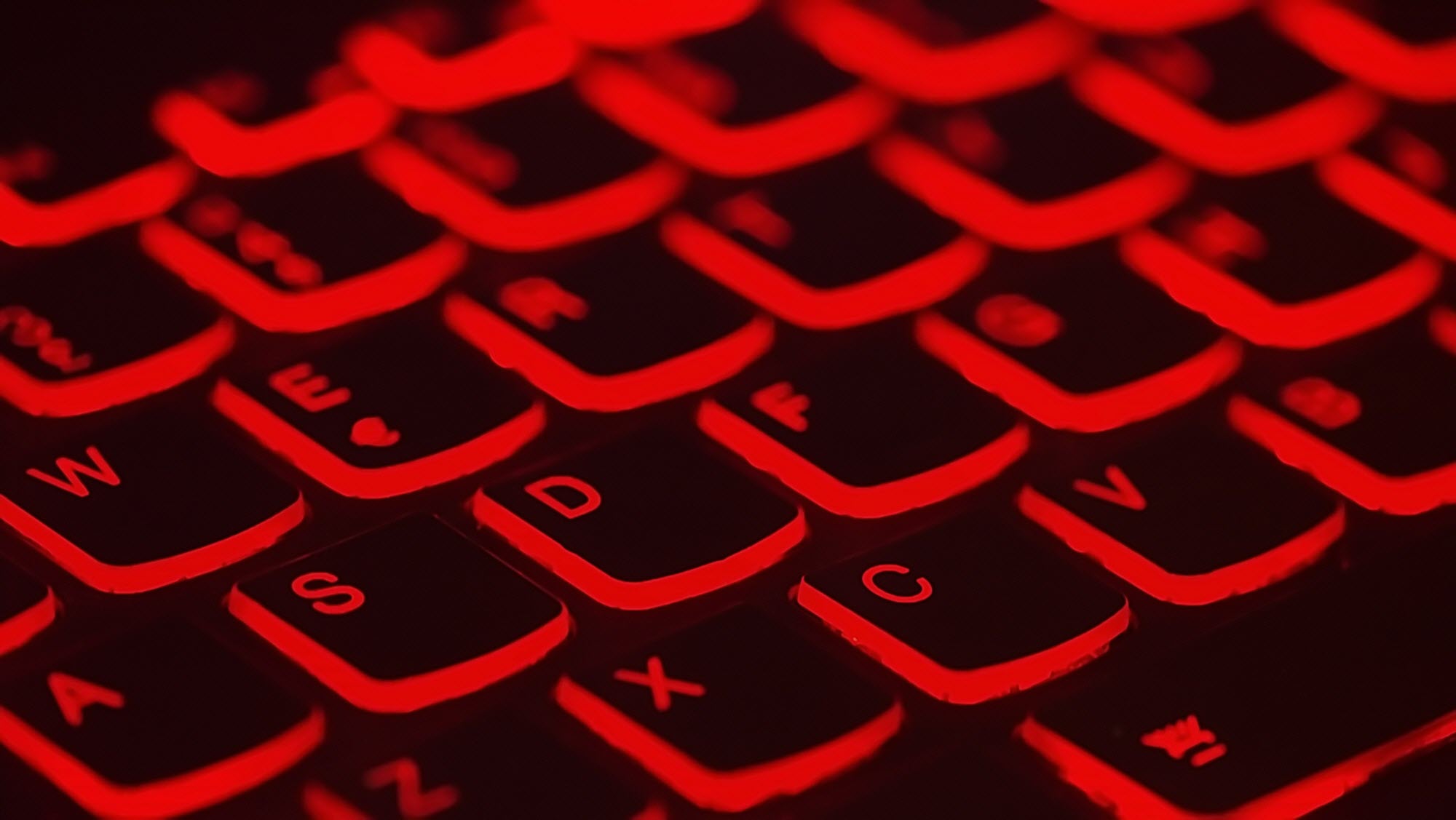 Because privacy coins are decentralized by nature, there isn’t any formal mechanism available to track them. Unlike other cryptocurrencies that have been infiltrated by new tracking technologies, privacy coins like Monero and Zcash offer complete, impenetrable anonymity.

Asking for a ban on something you can’t effectively trace seems impractical if not impossible. Current tracking technology simply doesn’t have the capability to look at every possible scenario that privacy coins are part of. While we’ve seen a lot of growth in such technology and how it can be of use to law enforcement, privacy coins currently evade existing technology by their very nature.

Don’t mistake these points as our defense of privacy coins. We acknowledge that there is potential for criminal misuse of them, and that they pose serious challenges that must be addressed. We’re simply saying that a blanket ban on privacy coins is short-sighted simply because there is no way to effectively track how they’re being used…yet.

Criminalizing something that is already outside the scope of effective regulation will only serve to push it underground and possibly even further enrich organized illicit actors. Such a short-term strategy could end up costing lawmakers and law enforcers in the long run if they press the issue prematurely.

For a better solution, though, we must turn to history.

We’ve Been Here Before 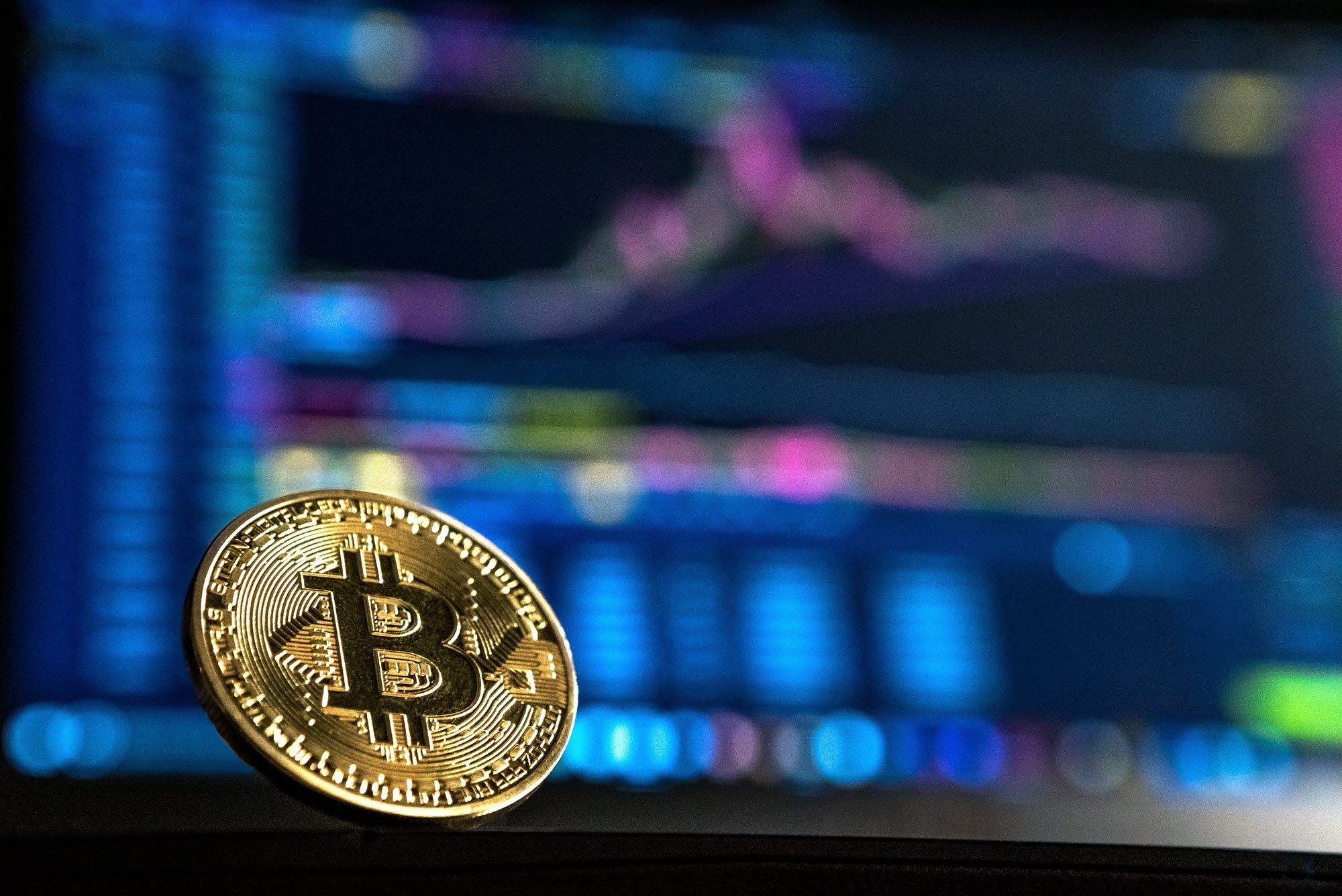 Not long ago, most people in the Bitcoin community thought that their transactions were completely anonymous and would never be traceable. Criminals relied on this assumption when conducting illicit transactions or performing hacks. The decentralized nature of cryptocurrency was unchallenged in its early days

Of course, this freedom didn’t last. Software companies were able to develop tracing technology to analyze and interrogate the blockchain, a pseudonymous immutable record of all transactions dating back to day one of bitcoin. As a result of this technology, which continues to improve and advance in its sophistication, law enforcement agencies were able to gain a foothold that enabled them to track illicit actors, identify money laundering schemes, and catch tax cheats.

Going back even further in time, we can look at another kind of technology that was originally thought to be private and safe from infiltration: email.

When email first debuted investigators feared that this new form of communication would be 100% private, anonymous, and impenetrable. Well, we all know how that turned out, don’t we? As technology advanced, entirely new fields of investigation were created to track email servers and find suspect messages. There is now an entire industry that revolves around “e-discovery,” with organizations dedicated to combing through the digital paper trail of emails. 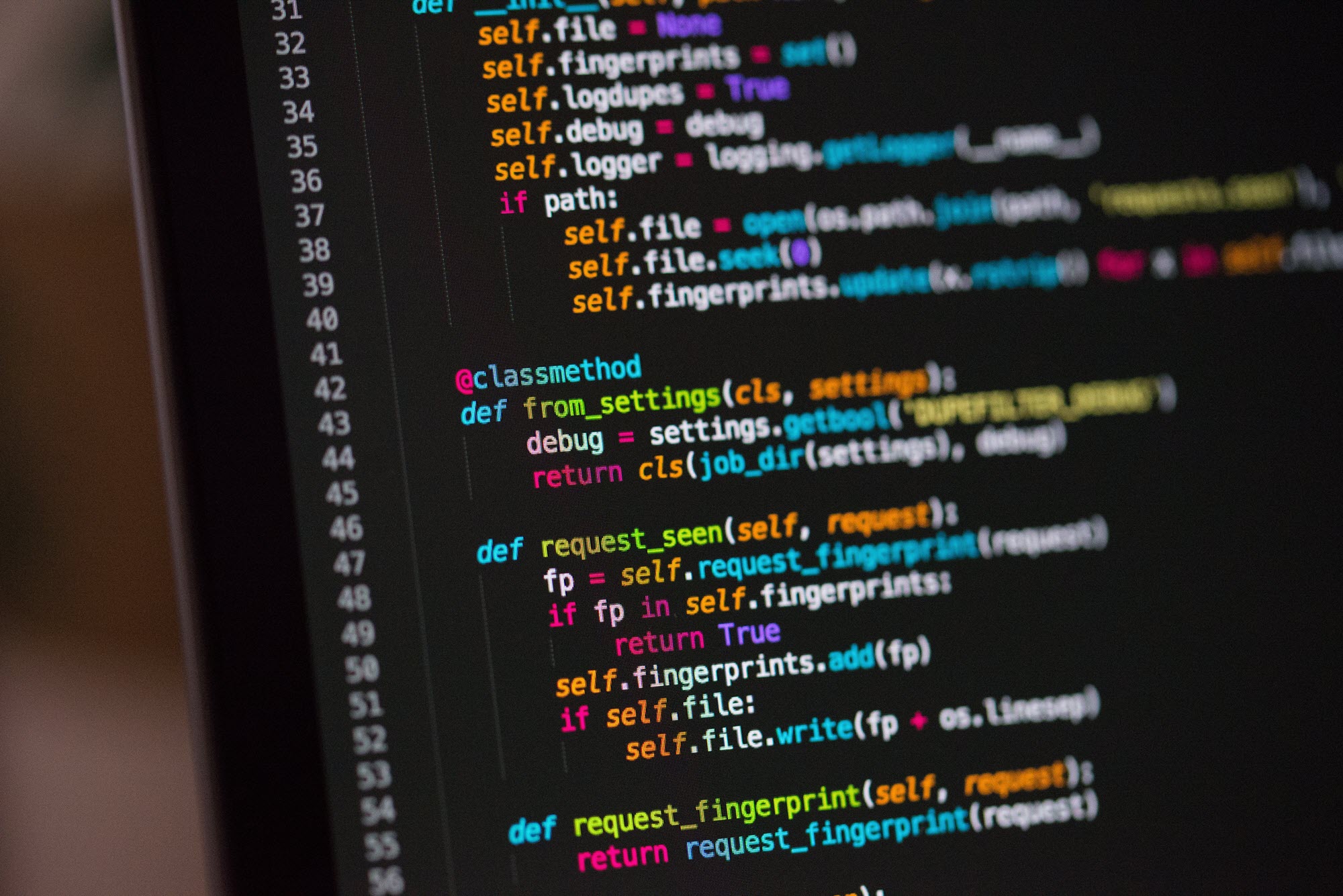 So what’s the alternative to legislation? We believe that the best way to handle dealing with the potentially criminal use of privacy coins is to focus on developing tracking technology specifically designed for these types of transactions.

Developing investigative tools driven by technology is the solution to combating the criminal use of privacy coins. Technology evolves in order to address concerns about criminal activity in a natural, organic way. This happens by necessity and by taking specific, tangible action against known entities. Privacy coins do present a challenge to investigators by their very nature, but the infiltration into cryptocurrency has already occurred, and it’s only a matter of time until it adapts to the changing landscape.

Increased regulation and banning something that exists outside of regulation as a known quantity is nearly impossible. In the end, these efforts will cause cybercriminals to dig deeper underground and take privacy coins into an even murkier territory. There’s a good chance that it will get worse before it gets better, but patience really is a virtue here.

Privacy coins present an even greater challenge at the moment, but the solution is being smart and developing more sophisticated technology to address potential criminal activity. Rushing to enact strict legislation around privacy coins in the short term will likely have negative long-term consequences.