Monitoring for unusual or suspicious transactions is arguably the most critical day-to-day responsibility cryptocurrency money services businesses (MSBs) and money transmitters must perform in order to enforce robust cryptocurrency compliance.

About a quarter of our cryptocompliance 101 blog posts cover the topic from different vantage points. We want to make sure that cryptocurrency businesses and financial institutions understand the full scope of the importance of this practice, and the common nuances and exceptions they need to be aware of.

Today we’re covering one such regulatory nuance that applies to states where marijuana has been legalized for recreational use — the so-called Cole Memorandum, and what it requires of MSBs including those operating in the cryptocurrency space.

Even if you’re not operating in a marijuana-legal state, this information will be useful given the rate at which marijuana legalization is increasing state-by-state across the country. Additionally, if you are an exchange or crypto ATM operator headquartered in a non-legalization state, but operating or offering services to customers in a marijuana-legal state, you will need to implement Cole Memo priorities as soon as possible.

Either way, making sure you understand your compliance obligations to the Cole Memo is absolutely critical to your continued operation.

The legalization of recreational marijuana creates complications for MSBs, especially when it comes to transaction monitoring and Know Your Customer/Customer Due Diligence (KYC/CDD) priorities.

While recreational marijuana use is still illegal in the eyes of the federal government, it has been legalized in several states including California and Colorado. This gives businesses involved in the cultivation, growth, and sale of marijuana a degree of legal protection from federal law.

What does this mean for you?

Let’s say a customer attempts to execute a transaction with your company that your protocols have deemed suspicious. After searching the customer’s name or other identifying information, you get a match on some sort of watchlist. You might conclude that your customer is attempting to launder drug money through your organization, decline the transaction, and file a Suspicious Activity Report (SAR).

And in states where recreational marijuana use is illegal, any money earned from the sale of marijuana is drug money. 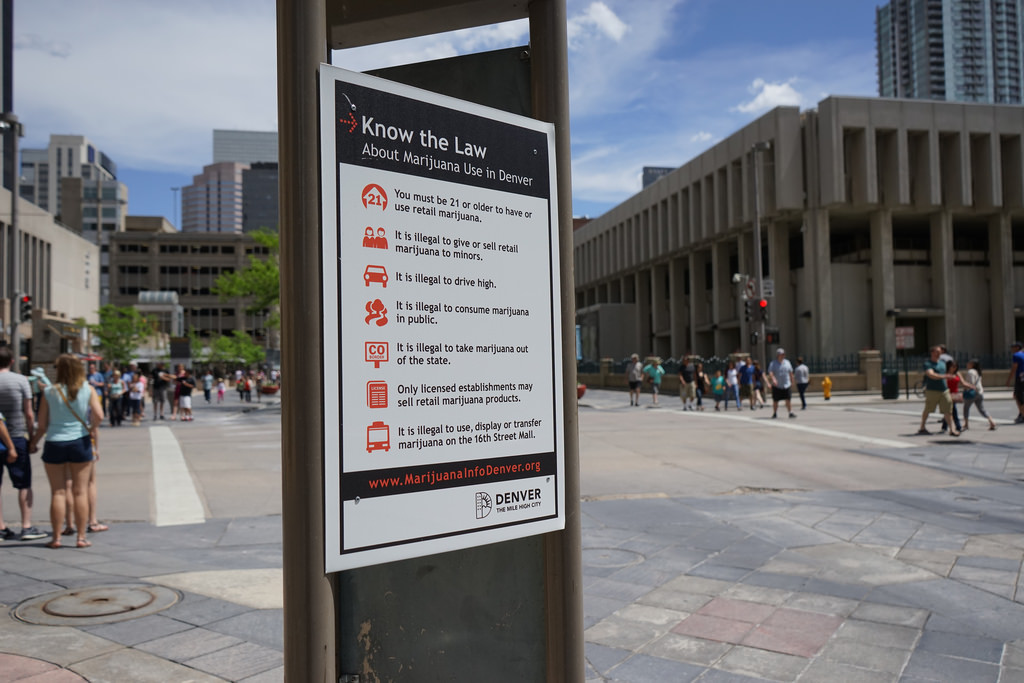 While marijuana business owners are able to legally access the financial sector in marijuana-legal states, many traditional financial institutions like banks and credit card companies still refuse to process transactions with them.

This means that marijuana, despite its legal protection in some states, is still a “cash-heavy” industry. Thus, many marijuana business owners have become increasingly attracted to cryptocurrency as an alternate store of value to fiat money.

After all, if you’re running a legal marijuana business in Colorado, and can’t open a bank account, what are you going to do? Stuff your profits in a mattress?

This puts cryptocurrency companies in a very unique position. You’re running a company in a regulatory gray area and attracting a new customer archetype in a different regulatory gray area. You’re attempting to run and grow your business, but also adhere to traditional financial compliance and stay in the good graces of regulators.

Are you supposed to do business with legal marijuana companies? If so, how do you do it without making regulators cranky?

The Cole Memorandum was issued by U.S. Deputy Attorney General James Cole on August 29, 2013. Basically, it tells all United States Attorneys that the U.S. Justice Department won’t enforce federal marijuana prohibition in states where it has been legalized for recreational use.

Regardless, the memo names several priorities, including:

We mentioned above that state legalization of recreational marijuana use puts companies in the industry in a gray area, since recreational use is still illegal at the federal level. 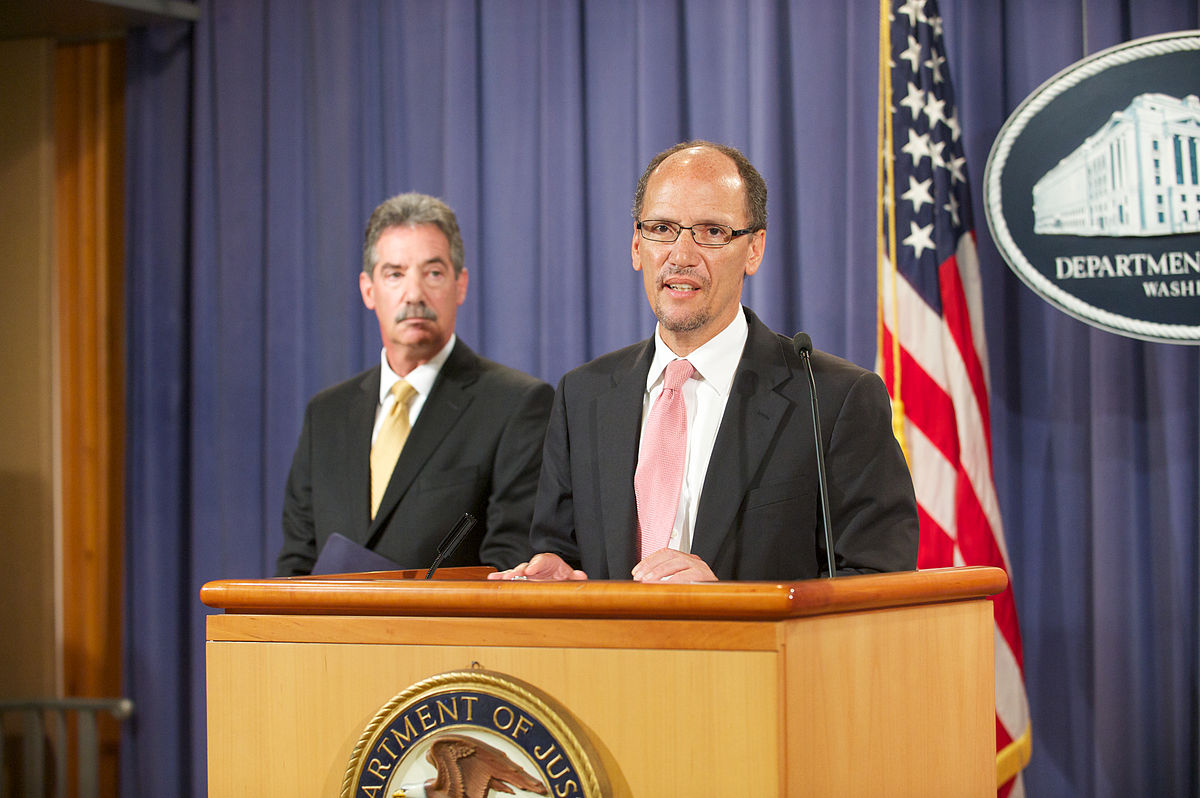 The Cole Memo isn’t a law that makes recreational marijuana legal at the federal level. It’s merely a statement from the U.S. Justice Department that they’re not going to get involved in a fight with states over it, as long as legalization states adhere to the memo’s priorities.

It’s important to note that the Cole Memo was rescinded by U.S. Attorney General Jeff Sessions in early 2018. This doesn’t automatically mean that they will be pursuing cases against state-legal recreational marijuana use, but it does mean that companies in the space have one less layer or protection from the federal government.

In any case, while the Cole Memo was the de facto regulatory guidance on recreational marijuana, financial institutions were required to report when they did business with a marijuana company in a special kind of Suspicious Activity Report.

We’ll call it the “Marijuana SAR.”

What Is A Marijuana SAR?

A Marijuana SAR is a Suspicious Activity Report that has to be filed any time a financial institution does business with a customer in the legalized marijuana industry.

Normally, SARs need to be filed at specific thresholds, like transaction size. The only criteria for the filing of a Marijuana SAR is that the customer’s funds are derived from business in the legalized marijuana sector. That’s it.

That means that every time you conduct business with a customer in the legalized marijuana space, you need to file a special SAR for it, in addition to any other reports, including other SARs, you need to file for that transaction.

It is an extra layer of reporting and compliance your crypto MSB needs to follow, Cole Memo or not.

Remember that in the eyes of the fed, recreational marijuana use is still illegal. So you need to file a SAR for transactions of money derived from criminal activity no matter what. Even if the customer is from the legalized marijuana industry.

At this point, you might be asking yourself “should I do business with marijuana companies at all?”

What Do I Need To Know If I Operate In A Marijuana-Legal State?

If you operate in or offer services to customers in a marijuana-legal state, you will need to come up with an answer to that question yourself. However, even if you’re not pursuing marijuana companies as a customer archetype, you may still be of interest to them, and will need to know how to report their transactions if they use your service.

Filing a Marijuana SAR is much the same as filing a normal SAR for suspicious activity, though it helps regulators to give them some sense of the sentiment of your relationship with the customer when you file the SAR.

For this reason, the Cole Memo states that cryptocurrency MSBs organize their Marijuana SAR filings into 3 categories: Limited, Priority, and Termination.

All Marijuana SARs should be filed in the same timely manner as a regular SAR, and otherwise be of the same quality of content as is recommended for SAR filing. Additionally, cryptocurrency MSBs should also use Section 314(b) voluntary information sharing if they become aware that the terminated customer is planning to use another financial institution to process transactions.

Working with businesses in the legalized marijuana sector is a tough one. Because the regulatory guidance on the issue is so limited and ambiguous, financial institutions have to exercise detailed and robust cryptocurrency AML compliance. This is why so many financial institutions in the traditional sector have decided to avoid business with marijuana customers altogether. It’s just easier to avoid the headache.

For crypto MSBs interested in doing business in the cannabis space, the Cole Memo priorities above will help guide your compliance until future guidance or regulations clarify the issue.

If you need help incorporating cannabis compliance into your AML program, contact BitAML today for a free consultation: